Monthly Articles - Information you may have missed 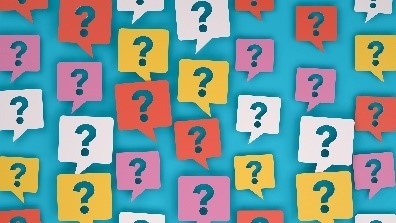 “The secret” is no secret

I’ll be honest with you. I struggled with money for years. Even before Mary and I got married, I searched for financial success, but I searched in vain. It made me angry and frustrated because the so-called financial “experts” on TV and in newspapers and magazines (the Internet hadn’t been invented yet) kept telling me that they had the secret, the key, the magic wand that would solve all my problems and make me rich.

Well, they were wrong.

They had no key, no magic wand, no secret. All they had was the latest fad, hot mutual fund tip, or silly marketing gimmick. But then, I met a financial advisor who actually cared about his clients, and I discovered that the secret to working to achieve one’s financial goals is not a secret at all.

He told me I could end my years of struggle and lack of progress by following four rules, rules that none of the financial entertainers on TV ever mentioned, probably because the rules weren’t cool enough. However, those four rules changed my life and helped me set up a strategy for the future.

Here’s what my advisor told me to do: 1) get organized, 2) protect what you have, 3) eliminate short-term debt and use other people’s money wisely, and 4) build diverse assets efficiently, with a long-term eye on income in retirement. That’s it. No magic, no get-rich-quick schemes, no secret.

When I began to follow these rules, my family’s financial life was transformed. We got organized, protected ourselves from unplanned events that could negatively impact our balance sheet, had a clearly defined plan for eliminating bad debt, and started building assets for short- and long-term needs. It was like a breath of fresh air, and, I was so excited about what I had accomplished that I vowed I would help other people like me do the same thing. Several years later, I did just that, and now, as a Certified Financial Planner™, I get to help people work on their financial goals.

The son of one of my older clients called me last month, concerned about what might happen if his dad’s long-term care insurance money ran out. How would the family be able to manage what could be a big financial headache? It gave me a lot of satisfaction to tell him that his dad’s insurance policy has an unlimited benefit, meaning that the money will never run out. It might not be enough to cover his total cost of care, but, combined with his dad’s other assets, it is enough to let his dad pay for the type of care he deserves.1 What I didn’t tell him is that his dad followed one of my four rules by purchasing long-term care insurance many years ago to protect the assets that he worked so hard to accumulate. No secrets there, just common-sense financial planning.

It’s a new year and it’s a great time to take charge of your financial life. If you want to find out how to apply my four rules to help you and your family work to achieve your financial goals, call me, and we’ll talk.

I won’t keep any secrets from you.

1Benefits depend on the claims-paying ability of the issuing company.

The opinions voiced in this material are for general information only and are not intended to provide specific advice or recommendations for any individual.

March 2021 - Do You Want To Be a Financially Successful Person?